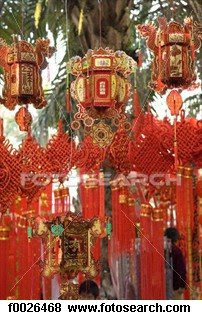 I have a Chinese blood and when I was still in the Philippines, we do celebrate Chinese New Year. But this year that I am here in the States now, I missed it. My mom use to buy some stuff that brings good luck to our family before the celebration. Chinese has so many beliefs and traditions. Some were applicable to some of us and some are not. But I do believe with their belief and tradition. But where does Chinese New year started and how it is celebrated. What are the traditions and beliefs that comes with it? When it is celebrated? Here's some preview of Chinese New year.

The Chinese calendar is a combined solar/lunar calendar and is somewhat similar to the Chinese calendar. For the purpose of determining the dates of the Chinese New Year some astronomical calculations need to be taken care of. Firstly, we need to determine the dates for the new moon. The new moon is the black moon that is when the moon is in conjunction with the sun.
The date of the new moon is taken as the first day of the new month. Secondly those dates are determined when the sun's longitude is the multiple of 30 degrees. These dates are termed as Principal terms and are used for determining the number of each month.

Of all the traditional Chinese festivals, the new Year was perhaps the most elaborate, colorful, and important. This was a time for the Chinese to congratulate each other and themselves on having passed through another year, a time to finish out the old, and to welcome in the new year. Common expressions heard at this time are: GUONIAN to have made it through the old year, and BAINIAN to congratulate the new year.

Posted by addyforest at Thursday, February 05, 2009