my ever first award 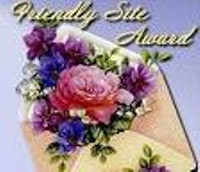 This is my ever first award...thank you so much janet for giving me this award.

I want to give this award also to all my blogger addict friends,,,
Posted by addyforest at Tuesday, January 29, 2008 No comments: Links to this post


Ducati North America is proud to announce that Pegram Racing will serve as the official Ducati supported racing team in the 2008 AMA Roadracing Championship. The team will campaign the new 848 Superbike in the Formula Xtreme Class, and will be led by veteran racer Larry Pegram.

The 2008 racing season will mark the second year of this relationship, and will see the team gain stronger support from Ducati North America. The initial season yielded successful results, and the team was able to finish a credible 4th place in the championship on the Ducati 749 R race bike.

“I am pleased that we were able to continue our program with Pegram Racing for 2008. Larry had a strong season last year, and was able to secure several podium finishes while making the absolute most of tight resources,” said Nick McCabe, Business Development Manager for Ducati North America. “The 848 is a huge step forward in performance, weight and handling, and is already showing great potential in our early season testing and development.”

Larry’s 848 race bikes began life as showroom-stock motorcycles, delivered through Larry’s local dealer in Columbus and will be built entirely at the team’s race shop in Ohio. The Pegram Racing crew will be receiving intellectual support from Ducati Corse in Italy, and have hired engineer Alessandro LaBarba from Moto GP to join Dave Weaver, Perry Melnciuc and Jim Pegram.

my future brother in law 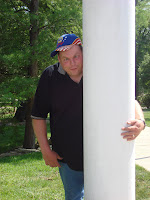 this is James Eaton my soon to be brother in law,he is my hubby's elder brother,actually i have featured him already here in my blog on my previous post but as he says,he hates that pic,well maybe because his tummy is very much exposed,,hehehehe,so then i asked a good shot picture and this is what his wife beth had sent me..so funny and as mom says,it doesn't have changes and its very natural,,,hahahahaha..thanks so much for the picture james
Posted by addyforest at Monday, January 28, 2008 No comments: Links to this post 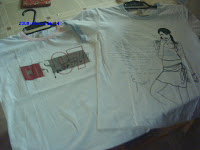 this are the clothes i shopped the other day at the mall..it's just 150 box for two already,i got a good deal on this,i love its texture,its very smooth and comfortable to wear.. For sure my mom will get mad at me again for buying new clothes that will just be kept in my closet...hehehehe..yes i love to shopped but just shop and don't get to wear what i shopped but this clothes will be worn so often..
Posted by addyforest at Sunday, January 27, 2008 2 comments: Links to this post 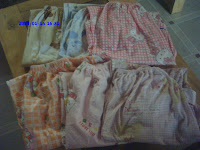 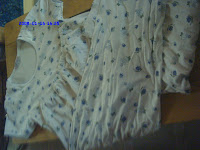 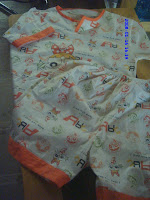 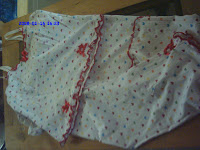 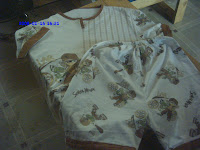 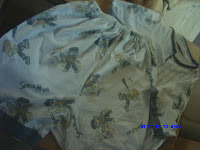 This are my pj collection...ohhh how i love collecting this stuff...It's my weakness during shopping and i can't help myself buying it whenever it captures my attention..
Posted by addyforest at Sunday, January 27, 2008 No comments: Links to this post

mommy debbies christmas presents for me 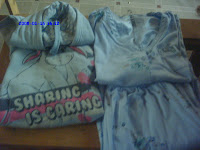 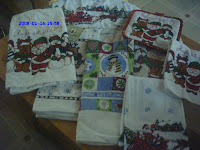 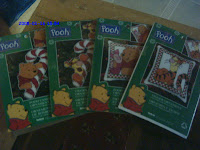 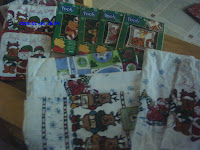 This are the stuff i got from mommy Debbie (forest mom), she sent me kitchen stuff like towel and pot holder because she know how i love being in the kitchen and cook and she told me to use them during Christmas and new years eve preparation,i used some already but the other stuff were kept in a safe place..The Winnie the pooh stuff is for cross stitching,yes i love cross stitching during my spare time, thats why mommy Debbie has sent me some cross stitch kit to make more designs but i haven't started it yet,the other one is a jacket and a pair of pj's..Thank u so much mom i love them all..
Posted by addyforest at Sunday, January 27, 2008 No comments: Links to this post

The stuff that my baby sent during christmas 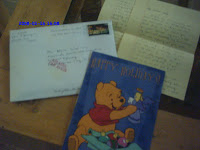 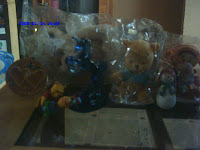 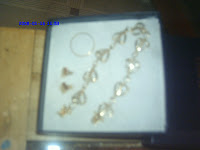 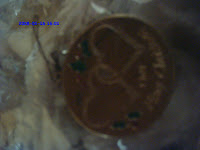 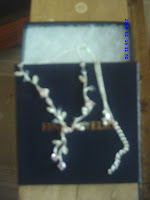 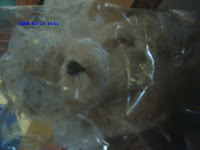 This are the stuff that my baby has sent during Christmas,oohhh i love them all,it was such a great surprise..All of this was delivered on December 18,2007 and i was only allowed to open them during Christmas eve..I love his letter and the card he sent,the toy stuff which are winnie the pooh,the pair of earrings,bracelet and a ring,the ornament he sent having our names on it,the white gold necklace and the angel stuff which i love..ohhh i love everything he sent but most of all i love the person who sent all this stuff
Posted by addyforest at Sunday, January 27, 2008 No comments: Links to this post 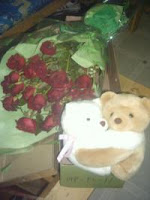 It was November 20, 2007 around 1:30 in the afternoon when this surprises arrived in the office..I'm so speechless and very much overwhelmed of what my baby did,all i know is that he is still looking for a website that could deliver a fresh flowers to my place,he did asked me though on that day if i wanted to get some flowers from him and i said yes and i would loved too but behind those questions,a big surprise is coming my way..On that day i was explaining the sales contract to our client who purchased a motorcycle then for a few minutes a LBC delivery van had captured my attention when they parked infront of the office and the delivery boy was holding a huge box and was looking for me...Geeezzzz i got so nervous but much more excited on whats on that box his holding, so then the delivery boy have said Maam you've got a delivery from Forest Eaton(my fiance),the whole time I'm shaking because i was so surprised and could no longer concentrate on the sales contract I'm explaining to the client because i really wanted to open it upon receiving the delivery. Our client was even teasing me because I'm becoming clumsy but have said I'm so lucky to have someone like him and yes I am very lucky..I did opened it in the office and this are all i got,2 dozens of fresh roses and teddy bears,how sweet my baby is. I treasured everything he has done for me and I'm so very thankful that God had sent me someone who makes me so happy and makes me so complete and i came to the point in my life that i could no longer ask for anything more because its already given to me and thats my future hubby forest..
Posted by addyforest at Saturday, January 26, 2008 No comments: Links to this post

the different kind of me:-)
Posted by addyforest at Saturday, January 26, 2008 No comments: Links to this post