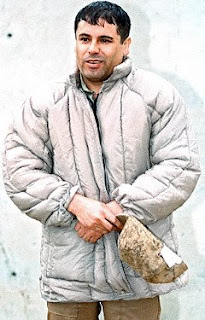 Case-in-point: the fat wallet of “El Chapo.” Wait, who?

He's the 701th member of the list with an estimated net worth of $1 billion.

Guzman Loera is the head of the Sinaloa drug cartel. He escaped from Mexican prison in 2001, CNN reports.

The Attorney General of Mexico was not pleased:

"I will never accept that a criminal could be recognized as someone distinguished, even if it is by a magazine like Forbes," Medina Mora said at a drug traffic summit Thursday in Vienna, Austria, CNN reports.

Forbes is "comparing the deplorable activity of a criminal wanted in Mexico and abroad with that of honest businessmen," he said.

Nor is the Mexican president:

"It is very sad the intensification of a campaign, which seems to me, has been launched against Mexico," President Felipe Calderon said.